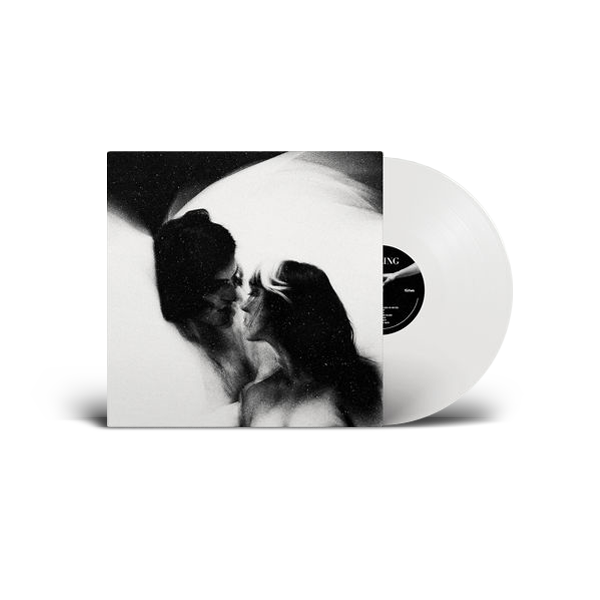 LTD White LP. Restock only available on The Mysterines store.

The Mysterines debut album ‘Reeling’ was made under the watchful eye of acclaimed producer Catherine Marks (Wolf Alice, The Big Moon, PJ Harvey) over three weeks in between lockdowns at Assault & Battery studios in London, recorded live to capture the intensity of the songs. “It’s a pretty ambiguous title for most people, but for me ‘Reeling’ sums up every emotion of the album in just one word,” says Lia. “It was the hardest thing I’ve ever had to do,” she explains.

Grief, self-destruction and heartache run heavy through the record, but all are brought together by the blackest of humour. The dirty desert blues of ‘Life’s A Bitch’ was actually meant to be the first single, “but it turns out I say ‘bitch’ too much on it,” chuckles Lia. Other tracks run the gamut from the grunged-up country of ‘Old Friends, Die Hard’ to the giddy, free-falling ‘On The Run’, Lia’s unique take on the tale of the teenage runaways in Terrence Mallick’s iconic Badlands. Then there’s the creepy, cultish ‘Under Your Skin’, which is The Doors by way of The Manson Family and the Stooges-esque ‘The Bad Thing’, of which Lia says: “It’s the most fun to play, and the words I find really funny as well – I’m digging someone up from the grave that I used to love.”